Long scroll of pages folded our of a big book; scroll had 5 undulating music score lines that impacted painting. An intersection between the Music Center’s mandate and the bookish BookFest.

Over the course of the day, Public Practice musicians coordinated by the Music Center played while visitors painted to the music. At times, the back-and-forth influence was palpable; musicians often attempted to interpret the notes and strokes that artists painted, and artists attempted to transcribe what they were hearing.

Partnered in conjunction with the pilot Artizen-Lab initiative, managed by the Los Angeles Music Center. 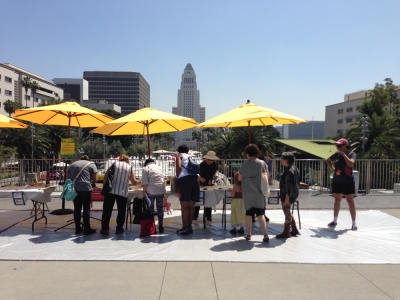 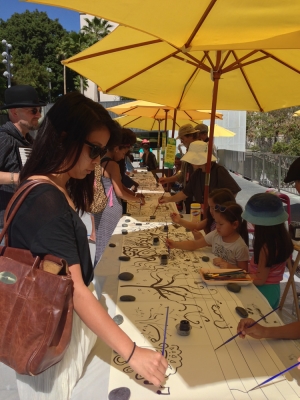 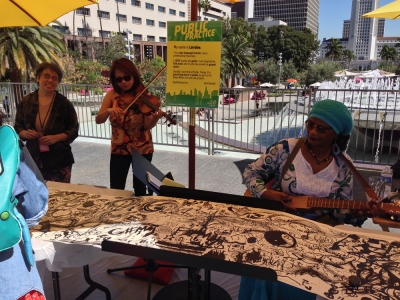 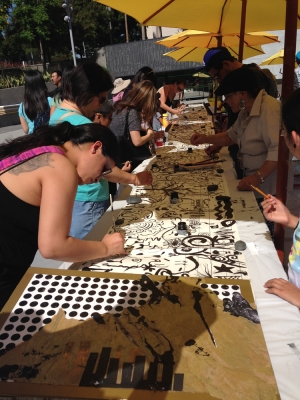 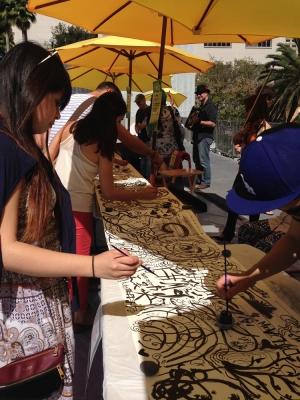 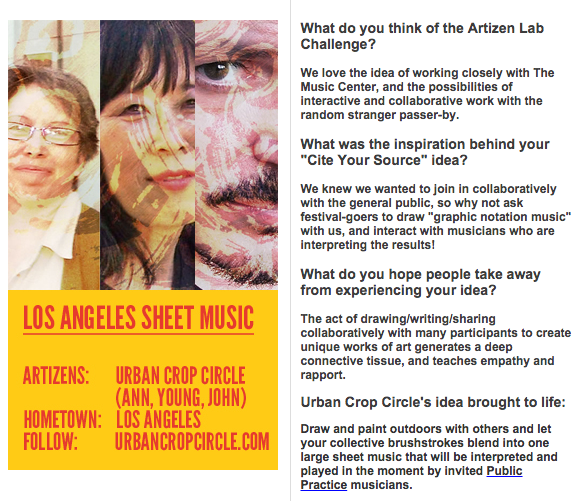